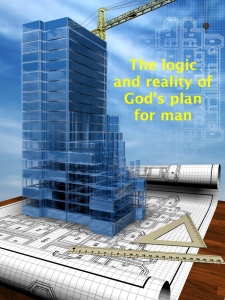 In the debate between evolution and creation, the Bible (an old book of at least 2,000 years), has a prominent place, because it has much to say about the origin and development of the universe and life on earth.

Almost from the beginning the Bible was controversial. Many denied that it was the truth, while many more claimed it was the true words of an invisible God with a very important message to man. Thousands of books lauded its amazing content, while many others denounced it as forgery or fraud.

Today numerous people believe the words of one of the characters in Dan Brown’s book, The Da Vinci Code, ‘The Bible is a product of man, my dear. Not of God.’ 1  Atheists loath the Bible, evolutionists think it is a myth, other religions regard it is a fraud, while countless followers of Christ are confused about what to believe and what not. Even many theological colleges no longer teach the eternal value of the Bible and
deny that it is the true Word of God.

What do we propose to do?

We like to define concepts and expose some reasons for things we see in society. For example:

Anybody who proposes either that the Bible is the truth, or that evolution or atheism is logical, rational and scientific must at least present evidence that is:

One cannot include, exclude, or use certain parts selectively (cherry picking). When we discuss the Bible, we understand it begins with Genesis 1 and ends with Revelation 22. All 66 books contribute to the message of God’s Kingdom plans for man. It gives a logical, understandable revelation from God. The same applies to cosmology, geology and biology. The explanations given by evolutionists should be scientifically supported. If only part of the issue is discussed, are we dealing with a cover-up, deceit or lies?

One cannot claim how life began and that it all makes sense, but you have to accept it by faith. The facts (of natural laws) must agree, or give legitimacy to the faith. In our times it is irrational to expect from especially the younger generation to  believe in the Bible by faith alone. There are too many voices yelling that it is not true.

One of the disadvantages of teaching evolution in schools, and not allowing any serious dissent or discussion, is that young people have lost their ability to think rationally and logically. We aim to demonstrate that the Bible is not some vague, mythical, fairy tale kind of a book, but a book that teaches about real life, and that the decisions we make here have consequences.