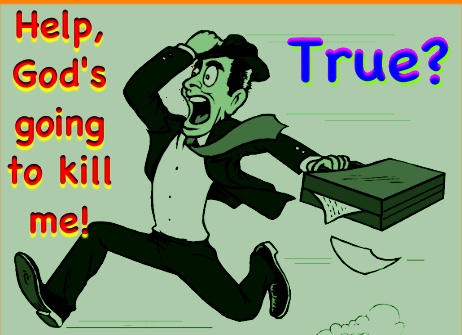 We as followers of Jesus are reassured by the opposition party that our God is a baby killer.  There are many atheistic and skeptic blogs that sing the same song, ‘God is a killer (of innocent people).’ 1  Steve Wells discusses it in his book, ‘Drunk with Blood.’ 2  As they get their information about God from the Bible, we have no other option than to use the Bible to find out if it is true.  We want to discuss some of the ‘Goliaths’ of the Bible Bashing party, and other ‘warriors.’

Richard Dawkins tells all and asunder that the Creator God of the Bible is fiction.  Evolution is science and the creator of nature.  It is a fact because Darwin proved it.

Is Lawrence Krauss correct when he struts around and tells us that God has no content, but science has?  Then he presents his content – the ‘scientific’ fact of dark matter, dark energy and the multiverse. 5  There is no scientific proof whatsoever for any of them and they make up 95% of the universe.  We can only observe and investigate 5% of their cosmos.  What ‘content’ is in that?

#  Millions of other contenders against God

Like Lawrence Krauss and Richard Dawkins, there are millions of other contenders against God. Whether they are atheists, skeptics, unbelievers, followers of Islam, or whatever, they have one common goal: the God of the Bible with its 66 books that testify about Him, is bad news.  Their animosity towards God binds them together.

What makes the Bible so exceptional that Bible Bashing has been a popular pass time (and full time occupation for many) for the last almost 2,000 years?  Does the Bible have an extremely dangerous message?  Does it command its followers to bomb cities, burn down buildings, decapitate people, use suicide bombs, et cetera?  Does it lead people to subvert governments?  Or is there something else at play with these attacks on God and the Bible?

P.S.  We will continue the discussion in the category, ‘Lawsuits against God.’

One thought on “God a Baby Killer???”