Dr Richard Carrier is a prominent, well educated historian and foremost expert on the mythological Jesus. 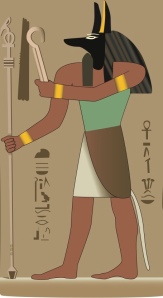 It seems apt to us to nickname him ‘the Carrier of the Jesus myth.’  He argues that both from history and parallels with various mythological figures like Osiris, Romulus, and others, Jesus never existed as a man on earth. By the way, one can take almost any fictional story and find parallels with Jesus in it. So parallels are meaningless. We do not agree with his presentation of Jesus as a mythological god for 2 reasons.

#1. History.  The Bible testifies about Jesus. All 66 books are linked to Jesus and His work on earth. The history of Abraham, Isaac, Jacob, David and other ancestors are all part of the genealogy of Jesus. God ‘created’ the Jewish nation as the prelude to the birth of Jesus. The Bible explains how they settled in Canaan and the subsequent events. Ten Israelite tribes were exiled by the Assyrians in about 722 BC and two tribes by the Babylonians in about 586 BC.  In 70 AD Titus destroyed Jerusalem and the temple. Many Jews were sold into slavery and the name of the country was changed to Palestine to get rid of the Israelite nation. Despite that, the Jews returned in 1948 and still live in Israel.

These are all historically documented facts. Are there solid historical facts for the mythical gods Jesus is compared with? It is one sound principle to always compare apples with apples. Does Richard Carrier do it? It doesn’t seem like it. Why would one compare a person who has a historical book (Bible), a country (Israel), a global church and many followers, with others who have none of them?

# 2. Science.  Another aspect of Jesus is that He created the heavens and the earth.1 That includes plants, fish, birds, land animals and humans. It is the three big science categories, the earth (geology), the universe (cosmology) and living organisms (biology). Is there a fully scientific naturalistic explanation for the origin of the earth, universe and life on earth (including the plant kingdom)?  We are talking about scientific proofs, not hypotheses, or possible scenarios. Gravitational condensation (Solar Nebula hypothesis), the big bang and the origin of life have never been satisfactorily explained by science. Hypotheses abound, but that is not scientific proof. It means Jesus as the Creator has not been disproved, since the supernatural aspect of creation has not been disproved. Where is the evidence from Osiris, and the other gods?

Attempts to prove that Jesus is a myth, in our minds, fail on logical comparisons. We have reason to keep clinging to our King, till He has been conclusively deposed (by being proved a myth). It hasn’t happened in the last 2,000 years. We can rest assured that He is on the right hand of God, in all His majesty, waiting for the second coming. Glory!

2 thoughts on “The Carrier of the Jesus myth”