In his book, The God Delusion, Richard Dawkins describes an experiment to prove whether prayer is effective or not. 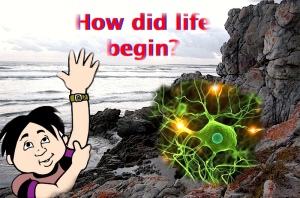 The conclusion was that prayer is useless.1  He positively gloats over it. One experiment has conclusively proven that prayer does not work.

One would expect that Dr Dawkins would apply the same criterion when it comes to evolution. He is an atheist, and sincerely believes evolution is a fact according to his book, The Greatest Show on Earth.2   It is logical that if evolution is true, one experiment should prove the natural beginning of life on earth. The Miller-Urey experiment did not prove it. With the discovery of DNA, a new field opened up and many experiments on the origin of life have been done and hypotheses advanced, like the RNA world, et cetera. They all failed. 3

Does that mean Dawkins let go of his idea that evolution is true? No. One failed experiment on prayer is reason for absolute joy, because God is either dead or deaf.  However to conclude from failed experiments on the origin of life, that evolution is not true, is sacrilege. It would be idiotic to reason like that. Different criteria apply. Consistency is deplorable.

He is clever though. He made provision for an escape route. He said, ‘We don’t actually need a plausible theory of the origin of life, and we might even be a little bit anxious if a too plausible theory were to be discovered.’ 4  It is foresight to warn people that the chances are very slim that there is a natural origin of life. Yet he assures them that they give the problem their full attention and are working on it. It is like the palaeontologist who said that the fossil record is not important in Darwinism. 5 That is because the fossils fail to support Darwin’s idea.

Dawkins was voted one of the top intellectuals by Prospect Magazine. 6  One can see why he is an intellectual. When it comes to the Bible, it is ‘myth, myth, myth.’ When it comes to evolution, it is ‘fact, fact, fact.’  Failed experiments on the origin of life mean nothing, but a single failed prayer experiment is meaningful. The reason the natural beginning of life is such a problem is because of DNA. To create an intelligent code in the laboratory, like DNA, is impossible. From human experience we know that only intelligence can create codes, instruction manuals or recipes (which is what DNA is).

Does Dawkins give up on evolution after the failed experiments (not experiment, experiments)? Not at all, he is thoroughly convinced evolution is fact.  Why doesn’t he apply the same criterium to evolution as to the Bible? You must be kidding. That would threaten his own faith in Darwin, and that cannot be allowed.

Richard Dawkins explains to us why atheists are reasonable, logical, honest people.